From the First V8 to C8, Only Corvette Central Has It All

In the 1970's, the Corvette hobby was much different than it is today. It was a time of swap meets, not catalogs or internet buying power. It was a time of new soft bumpers, catalytic converters and modest horsepower.

It was also a time when new Corvette parts were scarce and most Corvette owners spent time sifting through used parts at swap meets. It was then that Jerry Kohn, a Corvette enthusiast from Michigan, was searching out much needed parts for a 1958 Corvette. He soon found that the parts he needed were either unavailable, of poor quality or overpriced.

Luckily, being a tool and die maker by trade allowed Jerry the opportunity to build tooling and die cast his first reproduction parts, grille teeth for 1953-1960 Corvettes. In October of 1974, he took his first sets of reproduction grille teeth to a Corvette show in Illinois. Soon other Corvette owners were asking for grille teeth and Jerry began making sets for fellow restorers. The need for reproduction Corvette parts greatly exceeded Jerry's expectations.

There was a demand for quality reproduction parts and Corvette Central was born. In the early years Jerry, with the help of his then teenage son Scott, sold his parts mostly at swap meets around the country. Today the team at Corvette Central consists of 80 full-time employees including Jerry's family.

In March of 2001, we moved the administrative offices, order fulfillment and warehouse operations into a new 40,000 square foot facility. Our manufacturing facility remained in downtown Sawyer where it started.

Incorporated into the move was the implementation of a new automated order picking system, which interfaces with the computer network making it possible to pull orders and put away inventory more efficiently. The system also controls inventory levels and purchasing quantities.

To fill the need for an ever-increasing span of Corvette parts has required an ongoing commitment to research and development. Corvette Central continues to spend time and resources to develop and manufacture many of our own products, 3000 right here in Sawyer, Michigan.

In 2004, we added an additional 11,500 square feet to the warehouse and a new 25,000 square foot manufacturing facility adjoining our main building, putting the entire operation in one location for the first time in 30 years! Corvette Central produces 6 generation specific parts catalogs and an accessory catalog which features gifts and accessories for every year Corvette. The seven catalogs total over 1,000 full color pages listing over 60,000 parts.

More About Our Operations 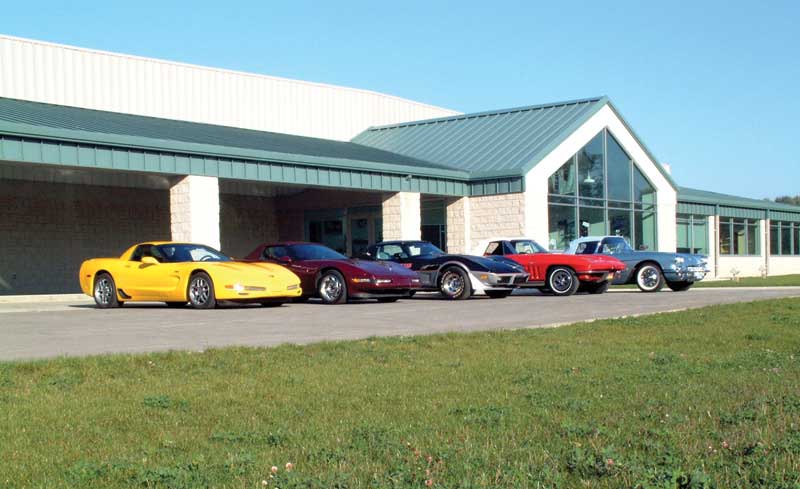 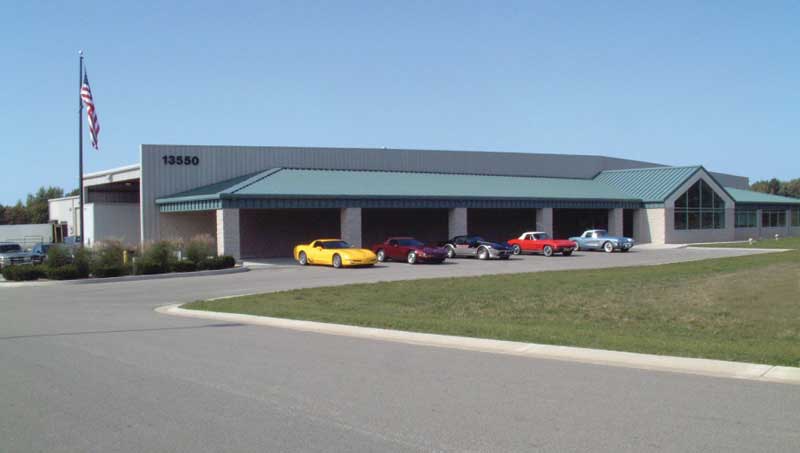 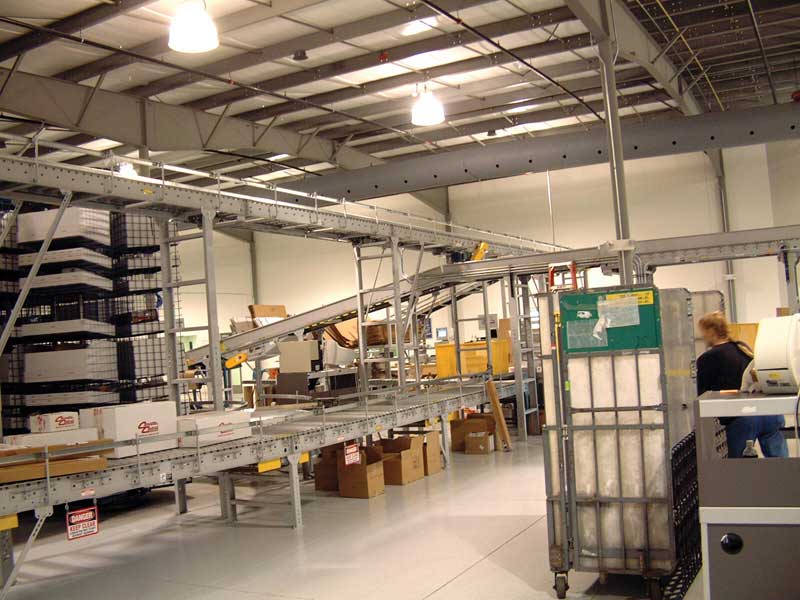 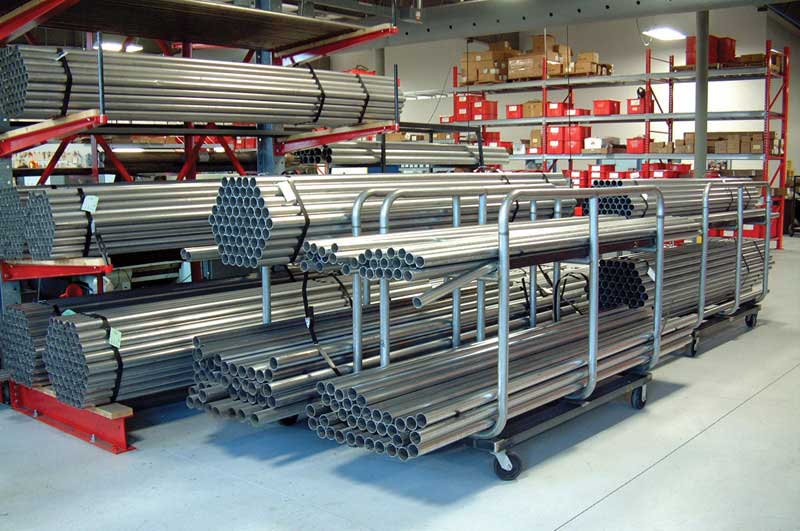 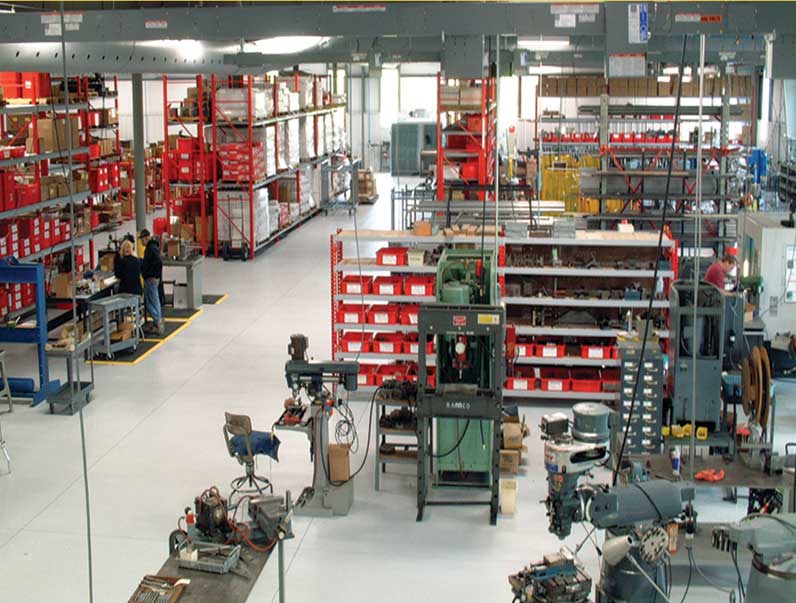 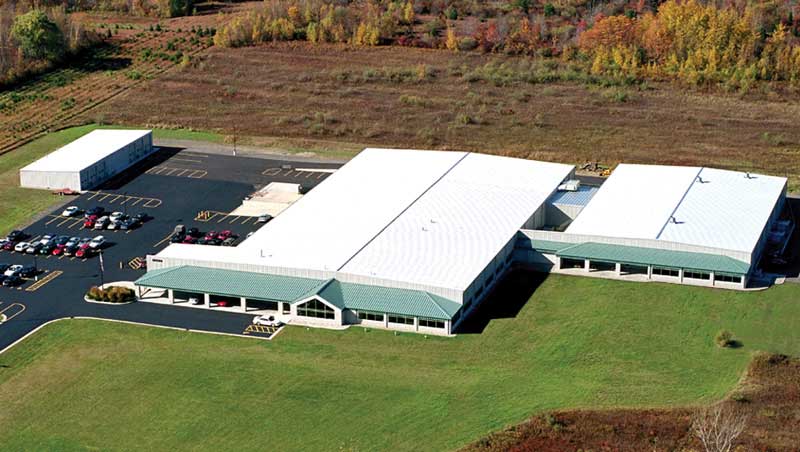