Corvette Central offers detailed parts and accessory catalogs for each Corvette generation. Our free catalogs are the most comprehensive on the market and have become an industry standard for excellence in layout and content. Each is clear, concise and easy to navigate. Hundreds of detailed diagrams and color photos make shopping enjoyable.

Click the links below each catalog cover to view/download digital versions.

Need a paper catalog mailed to you instead? Click the button below to request one and we'll send when available. 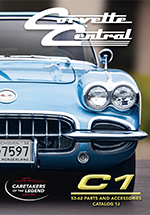 The first generation of Corvettes, produced from 1953 through 1962, are also known as "straight axle" Corvettes. 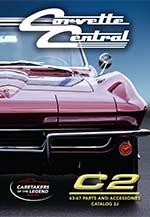 The second generation of Corvettes, produced from 1963 to 1967, are known as Stingrays or "mid-years." 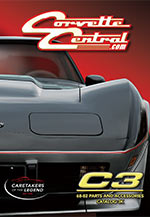 The third generation of Corvettes, produced from 1968 through 1982, are the most widely produced and popular body style, known as "shark body" cars. 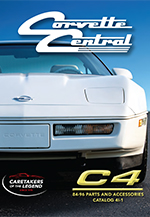 The fourth generation of Corvettes, produced from 1984 through 1996, was the most technologically advanced Corvette produced at that time and are often the most affordable Corvette to own and drive. 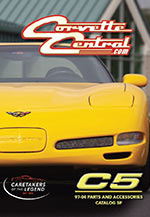 The fifth generation of Corvettes were produced from 1997 through 2004 and use the powerful LS-1 or LS-6 engine. 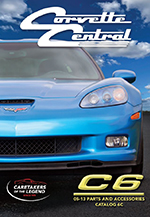 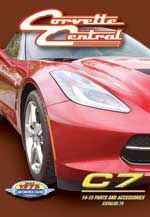 The seventh generation Corvette began production in 2014. Available in both a coupe and convertible, built with lightweight carbon nanofiber components and a 460 HP LT1 engine. In 2015, the Z06 edition was added with a supercharged engine delivering 650 horsepower and 650 LT-FT of torque. 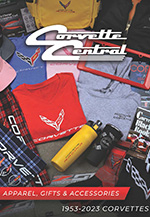 Browse our online Accessories catalog, which covers all Corvettes from 1953 to present. There are gifts and goodies for every Corvette lover, including apparel, car care, models, books, floor mats, jewelry and much more.

Prices in PDF and printed catalogs are subject to change without notice. Please see our website parts listings for current pricing and any additional information.

IMPORTANT: Our current warranty and return policies supersede any and all prior policies that may be found in older published material including, but not limited to, catalogs, marketing materials and email promotions.